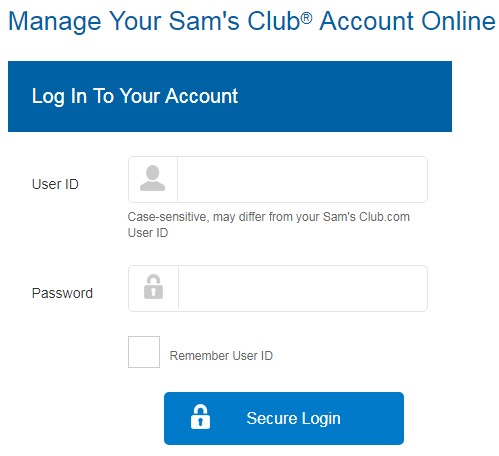 What is Sams Club Credit Card? Sams Club is one of the largest retail stores chains in the United States of America, which provides members only services to the people in the country. The members of the Sams club have access to all the products and services offered by Sams Club as it is an associate and related club of the Walmart. Walmart is also one of the biggest retail stores in the United States and they started the wholesale club in order to provide discounted and wholesale services to the members.

There is a lot to talk about Sams Club but the scope of our article is the review of the credit card offered by wholesale chain. The club offers the Sams Club Credit Card for the members of the club in order to facilitate them to get the srvices offered by the chain, discounted rates, and get other rewards and incentives. The credit card also allows the customers to get products and services on credit basis, which they can pay back at the end of the month.

The credit card of the store has been hailed as one of the best by the retailers and members as some extraordinary services can be availed throughout the year. The credit card can be used in different parts of the country where the Sams Club wholesale chain stores are offering their services. The users and members of the wholesale chain can buy products by swiping the club’s credit card on all the Sams Club Wholesale club stores all over the country and get special benefits and rewards, which we will discuss in the later parts of this Article. The credit card of Sams Club is powered by Mastercard Inc. and it is issued by the Synchrony Bank. Both these companies are among the major credit card offering banks and transactions processing companies in the United States of America and all over the world. The credit card can also be used on all the associated stores of the club as well those where it is accepted.

It is a chain of stores of Walmart Company and popularly known as the wholesale Club or Sams club named after the Sam Walton who was the founder of the Walmart Company. It is one of the biggest retail stores chain, which provides its services all over the United States and in some other parts of the world such as Brazil, Mexico, China and Puerto Rico. There are around 597 stores of the club in the United States of America while there are around 208 stores in other parts of the world where it is offering its services. There are a number of popular wholesale clubs present in different parts of the country, which are owned by major retail brands and businesses but in terms of its expansion, growth, products and services offering, Sams Club is among the top few clubs.

The Online Website and the Delivery Services Offered by Sams Club

Sams Club has a healthy and well-crafted website at the address { https://www.samsclub.com } where all the products offered by the store are listed and the users can look them up in case they want to purchase. The products are available online in categories such as Holiday products, Office supplies, Grocery items, Pharmacy, Health & Beauty products, Baby & Toddler products, Jewelry, Flowers & Gifts items, Auto & Tires products, Electronics items, Home and Appliances, Household Essentials & Pets items, Toys and Games, Furniture & Mattresses, Sports & Fitness, Outdoor, Patio & Garden, Photos and Auctions. They can select their most desired products and add them to the cart.

The store also provides some of the world best online delivery services with the help of which you can purchase the stuff online and have them delivered to doorsteps. In this way, you can save time and do not need to visit the stores. You can make online payments through the credit card of the store whose benefits we will discuss on the later part of this article.

Some of the interesting facts about the Sams Club Wholesale Club

We will offer a full review of the Sams Club Credit Card later in this article but first all we will look into Sams Club Company and the services offered by it in general:

When the users purchase stuff through the Sams Club wholesale Club Inc. Credit Card, flat cash back is offered which can be used for purchasing other stuff or as a discount for other services. Some of the best deals on the Cash Backs are as follows:

However, it should be mentioned that a membership fee needs to be paid in order to be eligible to get the Sams Club Credit Card. The details of the membership fee have been discussed above. It must be said that while a membership fee needs to be paid to become the member of the club, it makes you eligible for a number of services. Some interest charges may involve if the due date of the pending payments is crossed. It is advisable to pay the credit card fee on time in order to avoid any additional charges.

Credit Score Requirement for the Credit Card of Sams Club

The Sams Club Credit Card provides extraordinary services to the members of the Sams Club Wholesale club and it is making their lives easy. It can be said that probably there is no other card available, which will offer the similar rewards and benefits to the members than the Sams Club Credit Card, is currently offering. The reviews garnered by the credit card are also highly encouraging. The acceptability of the credit card is also all over the world since the services offered by the club are countrywide.

The store also has an online presence where all the wide range of products of the store are listed and the users can view the products on display and their prices. They can make online purchases and have the items delivered to their doorsteps.

The benefits such as cash back cheques and coupons are cashable at the stores of the club and can only be used there.