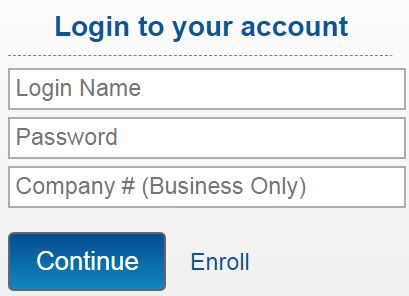 What are some of the JC Penny Rewards? Purchase Reward Benefit: The retailer customer loyalty reward program has come by with enhanced benefits that will ensure that customer really get value for their money. With this program, customers who shop at the JC Penny for a great period of time receive points which will later be redeemed for money Customers who earn 200 points are entitled to a $10reward. However, it will be vital to understanding that these rewards expire within a period of 45 days and the earlier you use your reward, the better will you be compensated. You just need to be an active JC Penny shopper to receive the rewards. With the $10 rewards, you may use the earned amount to purchase commodities at the JC Penny and at their store or online platform. But you need to conduct a prior research on what commodities JC Penny allows for the use of the reward programs. There has been intense complain by some of the JC Penny customers that with their earned reward, they were still limited to the kind of goods that they will purchase at the JC Penny.

There are three credit card levels that the different card members get rewarded for at the JC Penny. The levels are the basic, Gold and the platinum level. Each of the previous levels will come along by with the different set of benefits. But the new benefits for card members at the JC Penny will ensure that the members receive interesting coupons alongside with the invitation to shopping for most special events that definitely comes with additional ads on packages. It all gets better for gold and platinum card members who furthermore receive extra coupons benefits called the Passbook coupons. The later will enable you to choose your preferred sales day with special offers that will be attached to them Platinum members who shop at the JC Penny will further receive special thank you offer that will enable them to shop for more at the penny.

How can a customer manage some of the JC Penny rewards?

You can get all the information regarding your rewards through login to the JC Penny website. But as usual, you need to first login into your account and choose the several purchases that you will make. This will later provide you with the reward information. Which will automatically appear on the website? This can also be done with the customers being notified of the rewards which they have received via the use of the Email platform. There is also the use of the JC Penny mobile reward pp that can be of great help here. You can also take the JC Penny rewards to the next level by spending more than $ 500 at the JC Penny and earn a gold status. You can still maintain the same Gold status with the same amount of spending as the latter.  You can decide to top up the previous s amount to $1000 and even earn a platinum status as the JC Penny. As you already know that the two status come alongside with additional benefit. To recap some of the benefits for that you may accrue include. You getting a passbook of coupons, thank you gift and the Sephora. Their e is much more benefits that you canteen imagine off.

In conclusion, there are a lot of reward programs that are being offered at the JC Penny. These programs are channelled to ensure that every aspect of business at the JC Penny aligns itself in the right direction for the future success of the JC Penny. It also goes without saying that some of the problems that may arise with the redeeming of the different JC Penny rewards packages, can be well addressed by a JC Penny customer care service Provider. You just need to call them.